There is a lot to see in Fort Collins, Colorado. Make sure to Visit Fort Collins during your stay in Denver. It’s only an hour away from Denver International Airport. 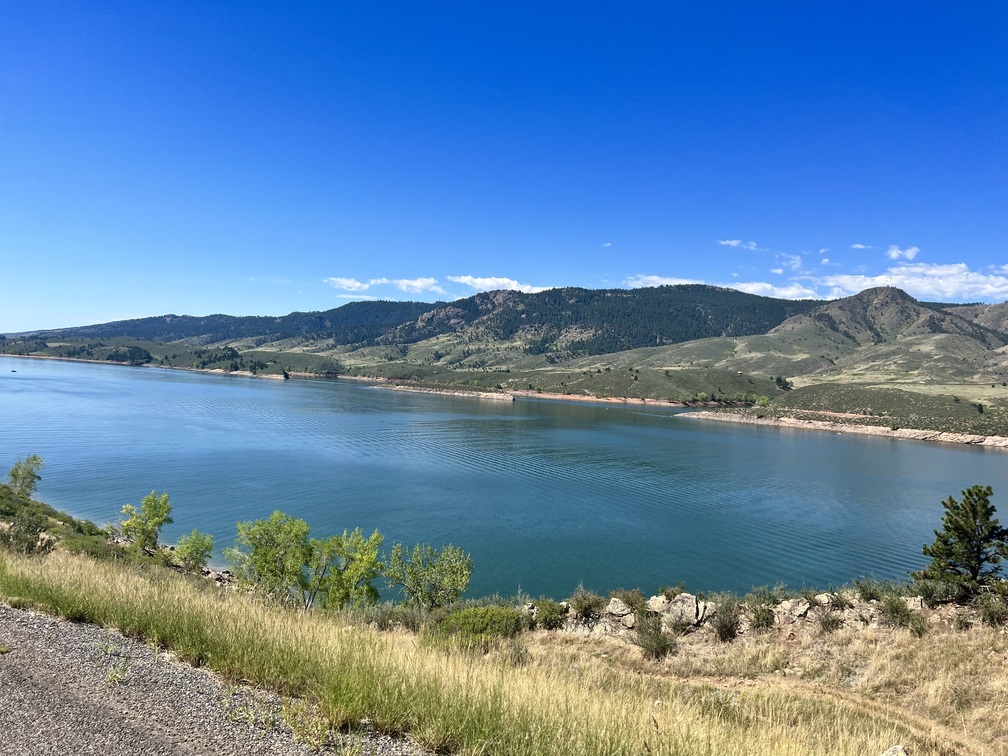 With the museums, breweries, art scenes, recreational activities, and ambiance of old-fashioned feeling, Fort Collins is a destination you would love to visit again.

Fort Collins has a lot of interesting things to offer, however, it is more interesting when you understand the historical background of this famous location in Colorado. It has richly witnessed the real history and lives of Native Americans.  This area used to be home to many Native Americans and their various cultural lives. Some of these notable tribes include Arapaho, Cheyenne, and Comanche.

The area which is now Fort Collins has been the traditional homeland of many Native American cultural groups, including the tribes today known as the Ute, Comanche, Cheyenne, and Arapaho. However, when European-Americans started relocating towards the west, many of these tribes were extinct either as a result of disease or land encroachment in northern Colorado. After the massacres of Native Americans in the 1860s in the war between US encroachment and an alliance of Native American many of these tribes left the area. While some were forced to live in other states.

Fort Collins itself came into existence in 1864, originally as a military fort, and was known as Camp Collins named after a Union Calvary officer Lt. Col. William Oliver Collins. The purpose of the camp was to serve as protection for the Overland Trail (the Native American hunting and traveling routes turned into wagon trails for people traveling west) in Colorado. However, the Camp got washed away during a flood and another fort (currently Old Town Fort Collins) was built higher to help escape flooding.

European-Americans started settling in the area the same year, Old Town Fort Collins was built. One of these settlers includes Elizabeth Stone a 64-year known as Auntie Stone. She was the only European-American woman in Old Town Fort Collins throughout that year. She pioneered many things in the area, some of them including a mess hall, hotel, grit mill, and brickyard. Auntie Stones is regarded as the founding mother of the fort as she helped start the first school, fought for women’s rights, and encourage other European-American settlers to move into the city. This same area with a rich background history has become a cynosure of the eye for people who comes around every day to behold this wonder birthed in history. In this article, we will talk about some amazing things you can do and great places to visit while in Fort Collins.

You cannot completely talk about Fort Collins without mentioning its breweries. This area hosts many breweries, you will find both the bigger and smaller ones depending on your choice. Also, keep in mind breweries are not hard to come by here, they are all around you.

As I said, there are several breweries available, however, these three are some of the bigger ones you should visit.

This is also known as Old Town Fort Collins; this is a center of interest and attraction for tourists visiting Fort Collins. And it is important you don’t miss out on this experience too. It brings you closer to history as it still features some of the old architecture from the past. You are sure to have an old-fashioned feeling, and also it has inspired many present-day designs like Disney Main Street.

You can access a lot of Fort Collins attractions downtown. This includes Old Town Square where you can find many boutiques, cafes, galleries, museums, and shops. You can decide to tour this personally or use a tour guide.

This is one of the best entertainment destinations in Fort Fun. It is home to many attractions, some of which include Escape rooms, Go-karts, and Mini golf. Most of them will be seen scattered across the indoors and outdoors of the complex. If you are seeking fun, then you can never get enough of this destination because lots of fun awaits you.

There is an arcade for basketballs, skee-balls, and also alien shooting. When you get tired, there are restaurants with varieties (pizza, burgers, mac-and-cheese, and funnel cakes) around to keep you refreshed. After this, you can go golfing, and boat paddling. Just keep in mind there are enough activities to keep you busy for a day.

Sitting on the estimated land space of about 3,000 acres. The Horse-tooth Mountain Open Space will keep you in awe all day as it is home to boulders, cliffs, forests, valleys, and waterfalls. Some of the things to do in this destination include biking, hiking, and horseback riding. It has different trails, depending on how high you can go you can always reach 7,200 feet. Horsetooth Rock and Horsetooth Falls are some of the important places you need to visit at this destination. Even though this open space boosts a large capacity, it is always advisable to arrive early while visiting.

This destination is perfect for a romantic getaway with your partner. It has a drive-in movie theatre with a film projection on the big screen outside while you stay in your car to watch. The Holiday twin drive-in enables you to have personal time while watching a movie with your partner. The movie titles are not limited to classics to blockbusters, actions, romance, and other ones you will find interesting. You can also enjoy popcorn and candy while, although you will be needing a device (can be your car radio) to tune into the audio.

The Holiday Twin Drive-In allows you to bring romance into your experience at Fort Collins, so you are advised not to go alone.

There are many things to do in Fort Collins and also many places to visit, however, these are one of the notable ones you shouldn’t miss. As mentioned earlier, to get enough of this experience ensure you arrive early.

some more general information
What is the cancellation policy?

Cancellation must be made 72 hours before the pick-up time, or cancellation fees (full charge) will be assessed.

How to make a reservation?

You can make a reservation by phone at +17204404202 or our website at silvermountainexpress.com/reservation/

What type of credit cards do you accept?

Do you accept cash?

What to do to reserve a car?

A valid credit card is needed to hold all reservations.

How far in advance can the reservation be made?

All vehicles at Silver Mountain Express are fully licensed and insured.

Does the company provide car seats or booster seats?

Yes, you can always request in advance a car or booster seat at no charge.

Is smoking allowed in vehicles?

No, all of our vehicles are NON-SMOKING. If any passenger smokes in a vehicle, a minimum cleaning fee of $300 will apply, plus the cost of repairs for any damage related to smoking.

What are the hours of operation?

What if the passenger wants to stop at Grocery, Liquor stores, or Colorado dispensaries?

Grocery, Dispensary, and Liquor Store stops are available at $180/up to an hour. All stops has to be prearranged in advance.

Is there a minimum amount of time I must pay for?

What is a meet and greet at the Denver International Airport?

1. Check your phone for your driver’s phone number when you arrive at the Airport.
2. Call or text immediately to let your driver know you have arrived. If you did not receive a message from your driver, call Customer Service at +17204404202
3. Proceed to baggage claim and collect all luggage.
4. After you collect all your bags, proceed to the exit. Text or call your driver immediately with the door number. It takes the driver up to 5 minutes to get there from the holding area after you text the door number. Doors 507 through 511 on the east side. Doors 506 through 510 on the west side.
5. After you exit, cross the first street. On the first island, there will be a booth with a sign that reads “LIMO.” Your driver will be waiting for you on the island.
* If you don’t have a mobile phone to contact us: tell the airport personnel in the limo booth that “Silver Mountain Express” is making the pickup. The person in the booth will call dispatch, and your driver will arrive within five minutes.
WHEN ARRIVING FOR PICKUP, PLEASE MAKE SURE YOU HAVE ALL OF THE PEOPLE AND BAGS IN YOUR PARTY. WE ARE NOT ALLOWED TO WAIT FOR STRAGGLERS AS THIS WILL CAUSE FURTHER DELAYS.

What if a passenger loses or leaves belongings in the vehicle?

Always check to make sure you have all of your personal belongings with you before you exit the vehicle. If you discover you have lost or forgotten an item, please call our office. If the chauffeur finds the item, you can pick it up, or we can drop it off at the location of your choice for a charge. We are NOT responsible for ANY lost or misplaced belongings.

Are pets allowed in the vehicle?

Yes, pets are allowed in the vehicle. Please notify us when making a reservation that a pet will be traveling in the vehicle. There is an additional $100 cleaning fee for all fares.

got
questions?
If you need any assistance, use the phone number provided below
call (720) 440-4202
toll-free customer service
Contact us